Ethereum Retests $1,500 Region, Shadow Fork Rolled Out Ahead of Merger

Over the past 24 hours, the market has seen gains. Ethereum rose 8.13% while market king Bitcoin rose 3.25%. The performance of the remaining major cryptocurrencies was comparable to that of the two majors.

Ethereum suffers a setback before the merger

Even after the recent confirmation of the move from the “Ethereum merger” to a consensus Proof-of-Stake (PoS) network in September, Ether (ETH) is down 11.5% in the last seven days.

Years have passed since the abandonment of power-intensive mining, and no date has yet been set for the transition to scalability using partitioning technology, which allows parallel processing. . However, other analysts predict that the monetary policy of the network will increase the value of Ether. 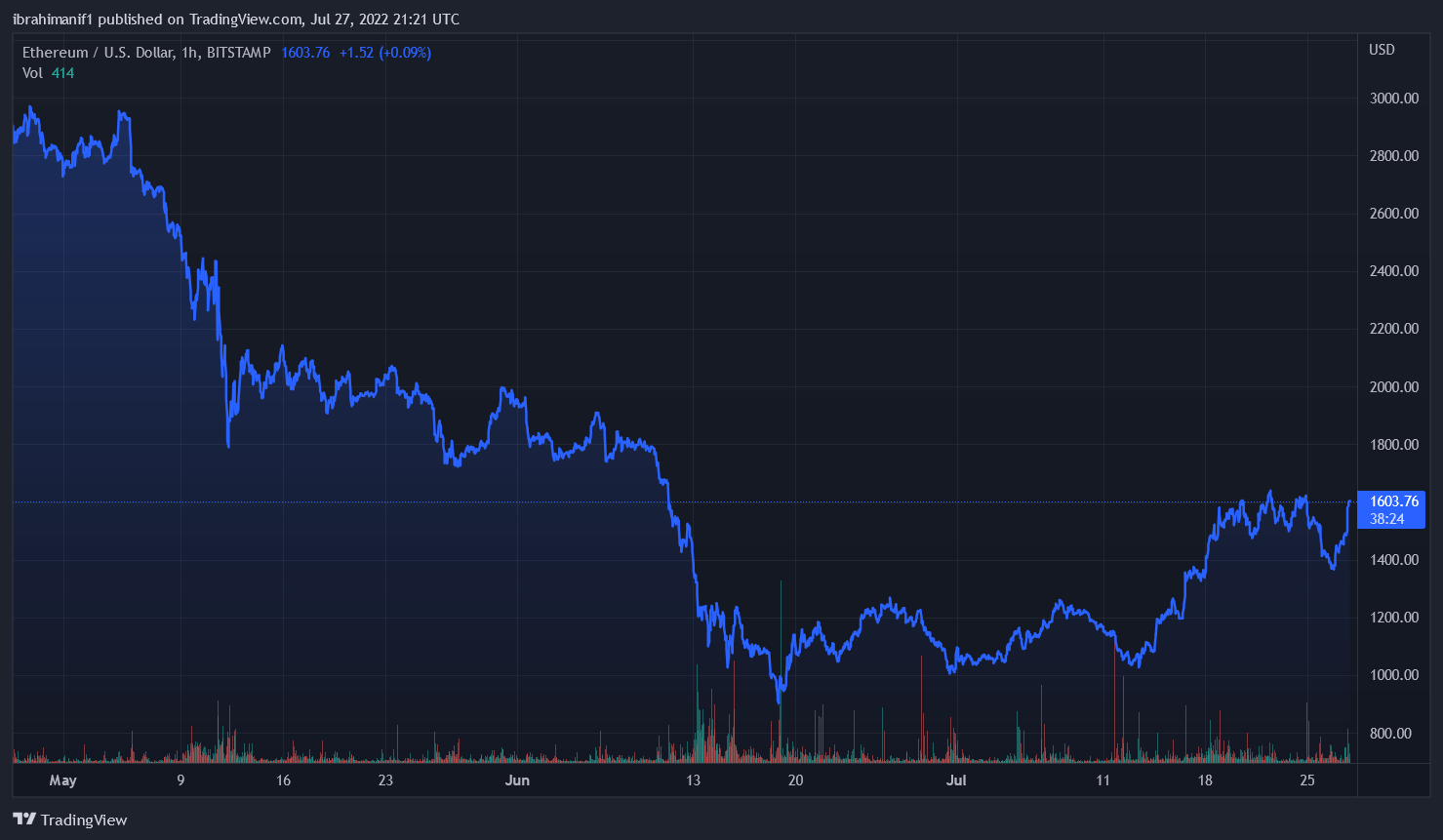 The “supply shock” effect was noted by Ethereum researcher Vivek Raman. According to the analyst, the “merger” will “reduce the total supply of ETH by 90%”, even if there is now no reduction in transaction fees.

The recent dramatic decline in Ether’s price could be largely attributed to regulatory uncertainty. Yuga Labs is the target of a class action lawsuit for “inappropriately inducing” the public to purchase non-fungible tokens (NFTs) and the ApeCoin token (APE). The law firm further claims that Yuga Labs is “inflating the price” of BAYC NFTs and APE tokens by using celebrity endorsers and promoters.

Another minor but significant step has been taken by Ethereum towards the merger and the much-anticipated shift from blockchain to proof-of-stake.

Ethereum’s 10th phantom split, which was supposed to go live today, went live early yesterday, more than 26 hours in advance. Ghost forks are a targeted test of Fusion components; they simulate one or two particular blockchain changes that will take place in the future.

This is separate from full testnet hard forks, like the Sepolia testnet that happened earlier this month. The merge, which switches the entire Ethereum mainnet to a test environment network, is fully repeated on testnets.

This week’s shadow fork served as a rehearsal for the releases that will take place on Ethereum’s latest testnet, Goerli, on August 11. This test will be the third and last of its kind required before the merger is ready to go into effect.