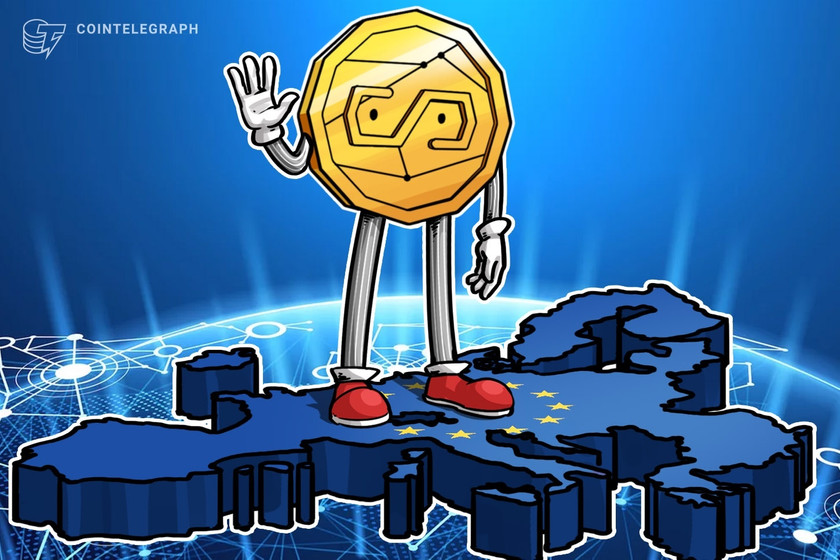 The year 2022 has seen not only drastic declines in major cryptocurrencies and financials markets in general but also major legislative frameworks for crypto in leading jurisdictions. And while the “Cryptography Bill,” co-sponsored by U.S. Senators Cynthia Lummis and Kirsten Gillibrand, still has a long way to goits European counterpart, the Markets in Crypto-Assets (MiCA), had finally succeeded thanks to tripartite negotiations.

On June 30, Stefan Berger, Member of the European Parliament and rapporteur for the MiCA regulation, revealed that a “balanced” agreement had been reached, making the European Union the first continent to regulate crypto-assets. Is the deal really “balanced” and how might it affect crypto in general and some of its most important sectors in particular?

No direct ban, but stricter control

The industry has greeted MiCA’s latest project with a mixed response – the the cautious optimism of some experts has been counterbalanced by the diagnosis of “inapplicability” on Twitter. As the package dropped one of its most alarming sections, a de facto ban of proof-of-work (PoW) mining, it still contains a number of controversial guidelines, particularly regarding stablecoins.

Ironically, in his risk assessment laid by stablecoins to the economic system, the European Commission has chosen a combination of “moderate” options, subject to outright prohibition, which is labeled in the document as option 3:

“Option 3 would not be consistent with the objectives set at EU level to promote innovation in the financial sector. In addition, Option 3 could leave some financial stability risks unaddressed, if EU consumers make extensive use of stablecoins issued in third countries.”

The chosen approach sees stablecoins as a close analogue to the EU definition of “e-money”, but does not consider the existing directives on e-money and payment services as suitable to solve the problem. Therefore, he suggests a set of new “stricter” guidelines.

The most important requirement for issuers of “asset-referenced tokens” is 2% of the average amount of reserve assets, which would be mandatory for issuers to store in their funds separately from reserves. This would make Tether, which complaints to have more than $70 billion in reserves, hold separate $1.4 billion to comply with the requirement. With Circle’s amount reserves ($55 billion), this number will rise to $1.1 billion.

Another reference that caused an outcry in the community, the daily transaction limit, set at 200 million euros. With daily 24-hour Tether volumes (USDT) sitting at $50.40 billion (€48.13 billion) and USD Coin (USDC) to 5.66 billion dollars (5.40 billion euros), such a standard would inevitably lead to legal controversy.

Apart from this, the guidelines establish several standard formal procedures for stablecoin issuers, such as the requirement to register legal entities in the EU and provide quarterly reports and white papers with disclosure requirements. mandatory.

Some do not see the strict MiCA guidelines for stablecoins as a major threat. Candace Kelly, legal director and head of policy and government affairs at the Stellar Development Foundation, believes that while far from perfect, the framework will help the crypto industry better understand where the EU stands. She told Cointelegraph:

“Bulky, yes. An existential threat, no. A stablecoin should live up to its name, and it is clear that the EU was trying to achieve this by setting standards that impose accountability.

Budd White, chief product officer and co-founder of crypto compliance firm Tacen, told Cointelegraph that concerns about the daily transaction cap could be a barrier to mass institutional adoption in Europe. However, he doesn’t find the 2% demand particularly worrisome, seeing it as a step to balancing trust and privacy and providing a layer of assurance to investors:

“This may limit the ability of some smaller players to enter the market, but it will introduce a required level of trust into the system, which is a significant improvement.”

Ultimately, White sees MiCA as an extremely important step forward for crypto regulation in the EU, even if some of the industry’s concerns are justified. He drew attention to another part of the regulation, namely the guidelines for non-fungible tokens (NFT). The current definition most closely compares NFTs to regulated securities, leaving room for interpretation of NFT art and collectibles.

In Kelly’s view, there is yet another area of ​​concern in MiCA aside from stablecoins – the verification requirements of Crypto-Asset Service Providers (CASPs). While the framework avoided including personal wallets in its scope, Kelly suspects that the regime of verifying ownership of personal wallets by PSAPs and then applying know-your-customer and anti-corruption procedures Risk-based money laundering will end up being quite burdensome for PSAPs as they will have to engage with individual users, rather than custodian entities, to meet the requirements:

“Our hope is that we will see new and innovative solutions from the industry come forward to help alleviate this burden.”

Michael Bentley, CEO and co-founder of London-based Euler Lending Protocol, is also positive about MiCA’s ability to support innovation and reassure the market. Nevertheless, he has doubts about the individual reporting requirements for transfers over €1,000, which might be too burdensome for many retail crypto investors:

“Non-compliance, whether intentional or unintentional, could be used to create the impression that ordinary people are involved in nefarious activities. It is unclear what evidence base was used to determine the €1,000 threshold or whether mass surveillance of ordinary citizens is needed to tackle the problem of money laundering.

A threat to the digital euro?

If this isn’t an outright existential threat at this point, could Europe’s stablecoin guidelines demonstrate the EU’s drive to finally outperform private digital currencies with its own project? digital euro?

The European Central Bank has launched its central bank digital currency (CBDC) two-year investigation phase in July 2021, with a possible release in 2026. A recent working paper who suggested that a “CBDC with anonymity” might be preferable over traditional digital payments attracted a wave of public criticism.

White acknowledged he wouldn’t be surprised if the EU’s goal was to reduce competition to create its own CBDC, but doesn’t think it can succeed. In his view, it is too late, as independent stablecoins have become too mainstream to be cut off from the market. At the same time, a viable government-backed digital currency has not yet been created and this development will require trial and error:

“Despite pressure from the European Central Bank to create its own CBDC, I expect stablecoins to remain relevant for both retail and institutional investors.”

For Dixon, this shouldn’t be a conversation. She considers the best-case scenario to be one in which stablecoins and CBDCs coexist and are complementary. For cross-border payments use cases, central banks will need to work together on standardization to enable interoperability and reduce the number of intermediaries needed to process a transaction.

In the meantime, the global adoption of stablecoins will continue to grow. As a result, we should expect more consumers and small businesses to use stablecoins to send and receive cross-border payments due to the affordability and speed of transactions:

“Different forms of currency serve different individual preferences and needs. By complementing the existing wire, credit card, and cash system with innovations like CBDCs and stablecoins, we can begin to create financial services that serve everyone.