How the two algorithms compare 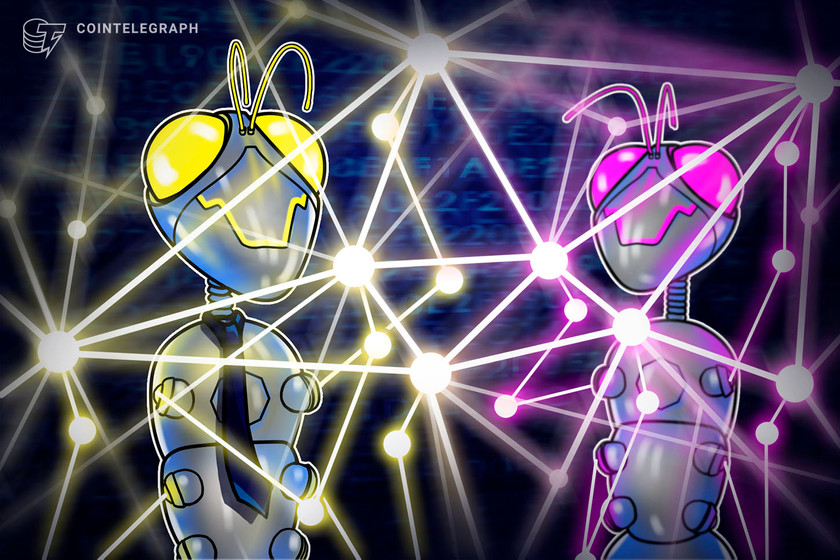 Consensus algorithms are processes where validators (also called nodes or miners) within a blockchain network agree on the current state of the network. This mainly involves agreeing on the authenticity of a transaction submitted by a validator. Fraudulent or inaccurate transactions are rejected by the network assuming that all validators act fairly without malicious intent. Validators are rewarded with cryptocurrency for submitting accurate and authentic transactions, while malicious actors are penalized based on the consensus protocol.

For example, in proof-of-work (PoW) networks like Bitcoin (BTC), validators must expend energy via expensive hardware to validate transactions, and if successful, they earn new tokens. If they act maliciously, they gain nothing and the loss comes from wasted energy used when submitting the fraudulent or inaccurate transaction.

Although PoS and PoT share some similarities, they are two very different protocols.

What is proof of stake?

PoS is a consensus algorithm that works by users pledging their tokens by locking them into a smart contract. The system works by selecting a validator, also known as miners or nodes, to process a block of transactions. The validator must validate the transactions inside the block to ensure that there is no inaccurate information contained inside.

Then the validator submits the block to the blockchain and if the block has been successfully validated, they receive additional tokens as a reward. If a validator behaves maliciously or lazily, usually by submitting incorrect or fraudulent transactions, they lose some of the tokens they have staked.

Validators who have staked a higher number of tokens are more likely to be selected to verify transactions. Staking more tokens also earns the validator additional rewards, as they usually earn a fixed percentage based on the blockchain network. For example on Ethereum 2.0, validators currently to win 4.2% on their tokens. Validators are also more likely to be selected if they have staked their tokens for a longer period.

Becoming a validator in the PoS system is open to anyone, but the barrier to entry is high due to the popularity of the protocol, with a large number of nodes on PoS blockchains. The more nodes a network has, the more a user will have to stake to become a validator.

Due to this, staking pools, which are run by validators, are typically used by average crypto users who want to stake their tokens. In this system, a user deposits their tokens into a pool and the tokens are staked by validators on behalf of the token owner. In exchange for this, users typically pay a “pool fee,” which is a percentage of the tokens they earn from staking.

What is proof of time?

Proof of Time (PoT) is a consensus algorithm that uses a voting system to choose network validators and focuses on how long a network validator has been active within the network as well as their reputation. The protocol was developed by Analog and is based on proof of delegated participation (dPoS) which is a modified version of PoS.

Proof of time refers to its ledger as a time chain and works by using a rank score, verifiable delay function (VDF), and staked tokens to determine who can add a new transaction to the ledger. The ranking system works by assigning a rating to network validators based on their age and past performance. Validators receive higher scores for being trustworthy and active within the network for longer. Staking more tokens also increases the likelihood of a validator being selected.

PoT is similar to dPoS since network users vote to decide which delegates can validate the next block. However, there are some differences in the voting process as the PoT has multiple voting stages. During the first stage of voting, validators, called time voters, submit a block containing data, including transactions to add to the Timechain. If the block is accepted, the block is committed, with all transactions in the block being processed.

Time voters are chosen through a selection process that looks at the voters’ rank score and number of tokens staked. The process uses this information along with VDF to randomly select a time voter, and only one can be chosen at a time.

Time voters also run a VDF to determine if they have been chosen to add a new block to the time chain. If selected, they validate the block, generate a VDF proof, and submit both data to the rest of the nodes in the time chain.

How the two consensus protocols compare

PoS and PoT share some similarities. First, they both require validators to pledge tokens when verifying transactions, with a higher stake increasing the chances of being selected. The main difference is the ranking and voting system used by PoT, followed by additional verification by 1,000 validators before the transaction is submitted to the ledger.

PoS is the most popular and familiar option, used by Solana, Polkadot, Cardano and Ethereum 2.0. As for the benefits, both systems require users to stake tokens instead of expending power, making them energy-efficient alternatives to proof-of-work (PoW). This can also be a disadvantage since malicious actors with access to a large number of funds can theoretically take control of the network.

However, this is an unlikely scenario. To launch a 51% attack, for example, a malicious actor would need to own 51% of the tokens in the network, which is very unlikely and extremely risky for the attacker, especially with the most popular blockchains like Ethereum and Cardano. PoT also adds to the layer of security by requiring each transaction to be double-checked by a thousand validators, with 2/3 of them having to agree on whether or not to add the transaction to the ledger.

Each blockchain network has particular requirements tailored to the needs of the network. Many blockchains stick to PoW and PoS for their needs, while additional algorithms like PoT, dPoS, and proof-of-history (used by Polkadot in combination with PoS) meet the needs facing their blockchain networks.