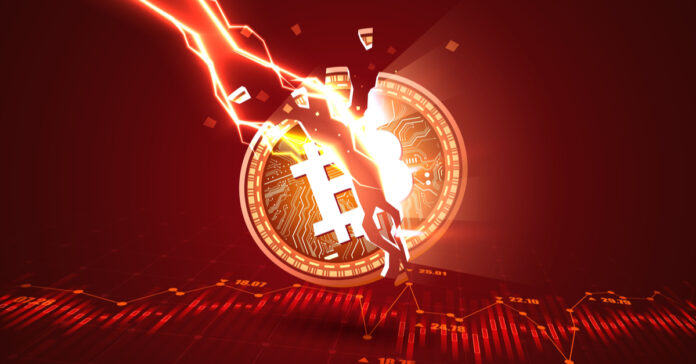 Bitcoin continues to fall and reached a key support level, dropping below $33,000. After the Federal Reserve raised rates by 50 basis points last week, Bitcoin rallied, suggesting this has been priced in. However, it was nothing more than a relief bounce as Bitcoin fell almost 18% in 5 days. Investors are clearly concerned about the Federal Reserve’s aggressive monetary policy, as they will also begin quantitative tightening (withdrawal of liquidity from the market) in June.

In addition to the macro headwinds, there is fear in the crypto space also with UST – the largest decentralized stablecoin. UST lost its peg on Saturday after a supposedly coordinated attack on the stablecoin. Do Kwon, the founder of Terraform Labs who created UST, has since reassured people that any claim against Terra’s security is “fud” (fear, uncertainty, and doubt) and that the protocol is indeed robust to withstand. to this type of attack. The UST has now regained its peg as it rallied to $0.995.

A negative sign that preceded this selloff is the Coinbase spot price for Bitcoin having a discount to the Binance spot price. This is telling because a larger percentage of institutions use Coinbase compared to retail, while the reverse is the case for Binance. Therefore, the mentioned price mismatch suggests that institutions are currently not as interested as retailers. It will be good to keep an eye on the future and if/when it reverses, it could coincide with market relief or a reversal.

Technically, Bitcoin’s structure is bearish as lower lows and highs persist, but Bitcoin is now approaching the bottom of the 16-month range. The region near the bottom of the range, $28-32,000, could be a good region to add to long-term holdings from a risk-reward perspective.

On-chain metrics remain incredibly bullish, as the percentage of bitcoin that hasn’t moved in a year is now at an all-time high. Every time a macro bottom has formed in the market before when this has happened it has marked a bottom in the crypto market. This shows that the proportion of Bitcoin holders who are long-term HODLers is increasing, which is positive because it shows that short-term holders are selling to those with long-term conviction.