Litecoin price prediction for today, July 29: LTC is below $75 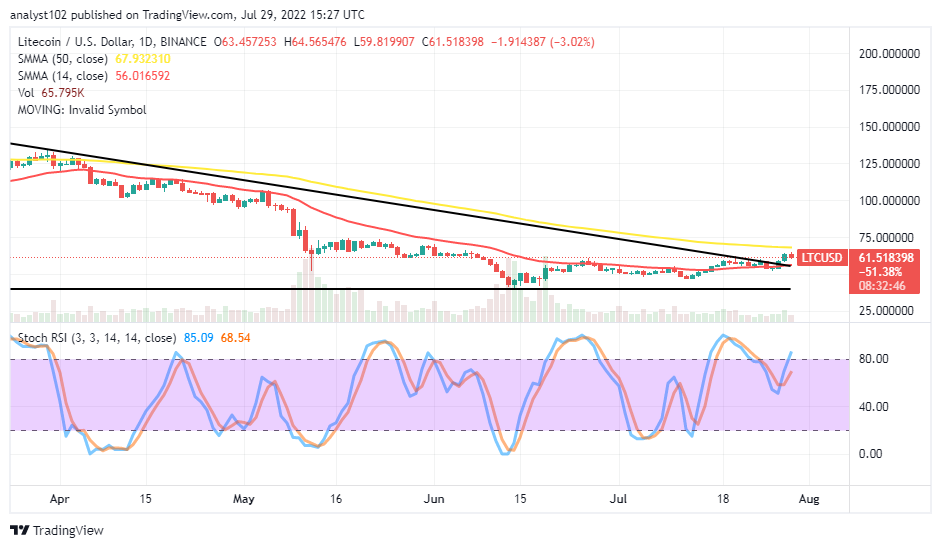 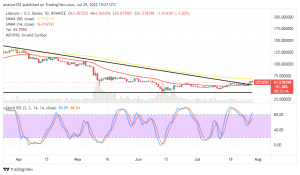 LTC/USD – Daily Chart
The daily chart reveals that LTC/USD price is below $75, not too far above the trendline of the smaller SMA. The 14-day SMA indicator is around $56 below the 50-day SMA indicator, which is at or around $67. The downtrend line moved south to give a high of $55 and a low of $40, marking the psychological points down. Stochastic oscillators are trying to move into the overbought region.

Will there be a resumption of downward moves below the $68 resistance?

Today The functioning of the LTC/USD market had a smaller bearish candlestick to signify a warning signal against steady rallies past the trendline of the larger SMA at around $67 resistance or thereabouts as the crypto price is below $75 . At this injunction, long-position takers will be cautious to exercise new buy orders around the 50-day SMA, even if the market tends to take a strong breakout.

On the downside of the technical analysis, sellers can get a decent entry as the market makes a false break around the trendline of the 50-day SMA at $67 or the resistance level of $75 thereafter. The price appears to be facing a correction towards a point near the lower SMA. The situation is not bagged with high volatility to signify an aggressive bearish move. 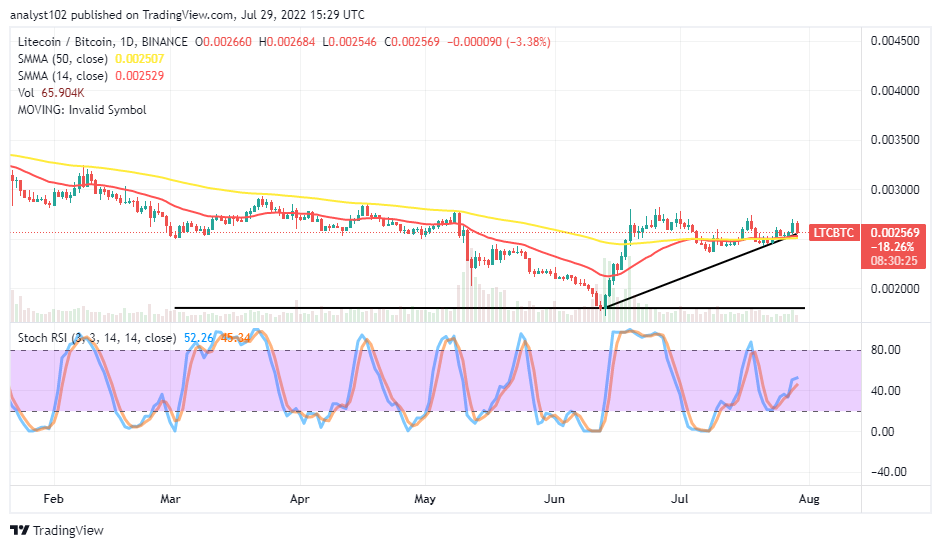 The pairing crypto market is below higher resistance at the SMAs. Litecoin, relative to Bitcoin’s trend weight strength, remained higher relative to its counter-exchange instrument. The 14-day SMA indicator joined the 50-day SMA indicator at a higher trading point. A bearish candlestick forms down towards the joint area of ​​the two SMA trading indicators. The Stochastic Oscillators have crossed slightly to the north from the 40 range of the 20 range. The base crypto may need to push down a bit for a needed correction before repositioning to retrace higher against its counter-trading instrument.