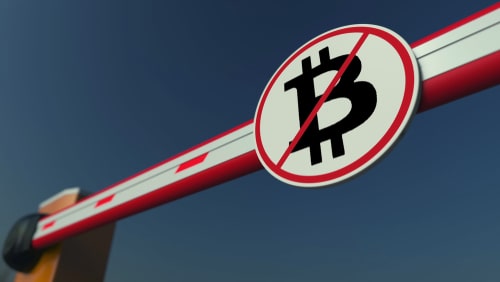 The new amendment bans using any security tokens, utility tokens, and NFTs (non-fungible tokens) as a form of payment for goods and services within Russia.

The previous ban specified that only “payment tokens” were not allowed as a digital means of payment, which was viewed as not enough, Russian media group RBC reported.

Putin signed the law on Friday, approving the national ban.

According to the law: “It is prohibited to transfer or accept digital financial assets as a consideration for transferred goods, performed works, rendered services, as well as in any other way that allows one to assume payment for goods (works, services) by a digital financial asset, except as otherwise provided by federal laws.”

Earlier, there were media reports that because of the sanctions, Russia would allow the use of cryptocurrencies for international payments, especially when it comes to settling global trade payments.

“The idea of using digital currencies in transactions for international settlements is being actively discussed,” Interfax quoted Ivan Chebeskov, head of the finance ministry’s financial policy department, as saying.

In May, Russia’s Industry and Trade Minister Denis Manturov also publicly announced that it was just a matter of time before Russia would legalize cryptocurrencies as a means of payment.

“The question is, when this happens, how it will be regulated, now that the central bank and government are actively working on it,” Manturov stated during an education event titled ‘New Horizons.'” But everyone tends to understand that … sooner or later this will be implemented, in some format or other.”

There has been an ongoing debate within the Russian government regarding crypto regulations. Back in January, Russia’s central bank proposed a total crypto ban, including for payment and investments.